Vainqueur Birembano Bulakali, born on 22/2/1994 in Bukavu South Kivu / DRC, he did half of these primary studies at the IBB primary school in Bagira Bukavu, then his father Birembano was kicked out of Bralima in 2005. After that, he left Bukavu for Goma to stay with his grandmother, who sponsored his schooling. His grandmother had fallen ill and the situation had become difficult for school education.  He started selling donuts to earn for paying school fees.

While he was in secondary school from first to sixth humanitarian class, he was one of the designers of the institute and participate in several competitions in Monusco and in the youth center.  In 2015, he received a diploma state diploma in general pedagogy at the Mont Goma / Nord-Kivu Institute. Because he had no fees for the academic year, he started writing a short story at: "L'Afrique cry".  During this year, he began to participate in the neighborhood youth group Lucha.  Over time, protesters continued to execute this manifesto against the government of former President Joseph Kabila and he was among the protesters.  Young people targeted by the arrest and other demonstrations murdered.  Faced with this, he fled the DRC to Burundi in October 2015 upon his arrival in Burundi, he found insecurity following the demonstrators against the third term of President Pierre Nguruziza.  There are Congolese who have lived there for a long time. The behavior of these Congolese brothers had prompted him to write a play "Back to the Embassy".  On February 8, 2016, he was received at IOM in Tanzania and transferred to Nyarugusu camps in Kigoma province.  He continues his literature and sends the manuscripts to France and Canada for printing and publication by bad luck his request was rejected, they have not been published until these days.  After the disappointment of these manuscripts, he drew two drawings which explain the massacres of Kivu and the shipwrecks of Africans in the Mediterranean.  At the time, he was looking for ways to exhibit, but there was no way to do it in the camps.  In September, he began his journey to South Africa.

In 2019, in January, he received the document from the asylum seeker, renewable every month.  His life was not sweet he contacted the Alliance Française du cap "Art it is" and other art and culture houses to exhibit the works but the response was negative.  And that was part of those missions to South Africa.  Around July, he received a photography certificate at CityVarsity in Cape Town.  After the period of xenophobia he returned to Tanzania to the refugee camps.

In November 2019, he met a photographer Hana Francova and she helps him create a website for his photo reports from the Nyarugusu camps. 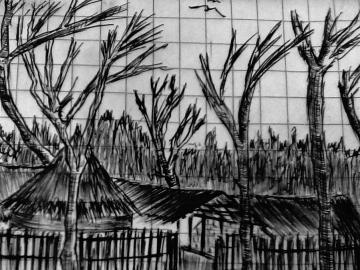 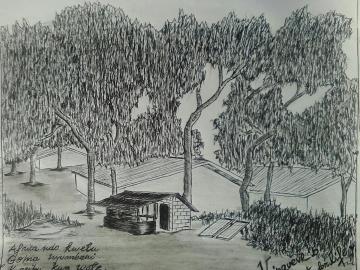 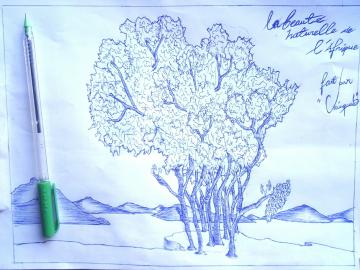 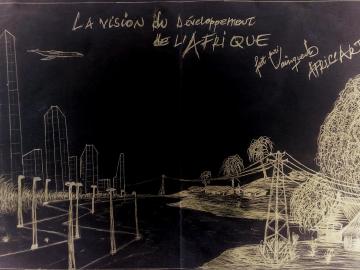 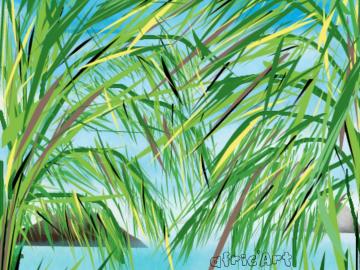 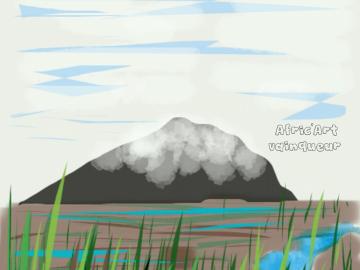 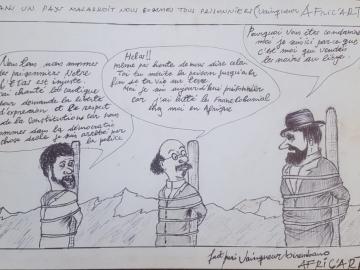 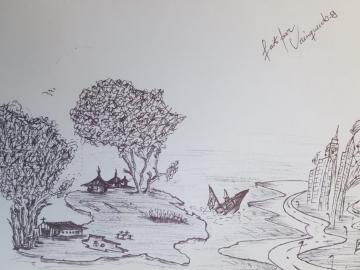 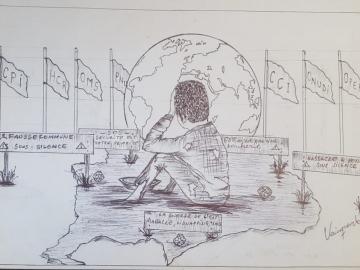