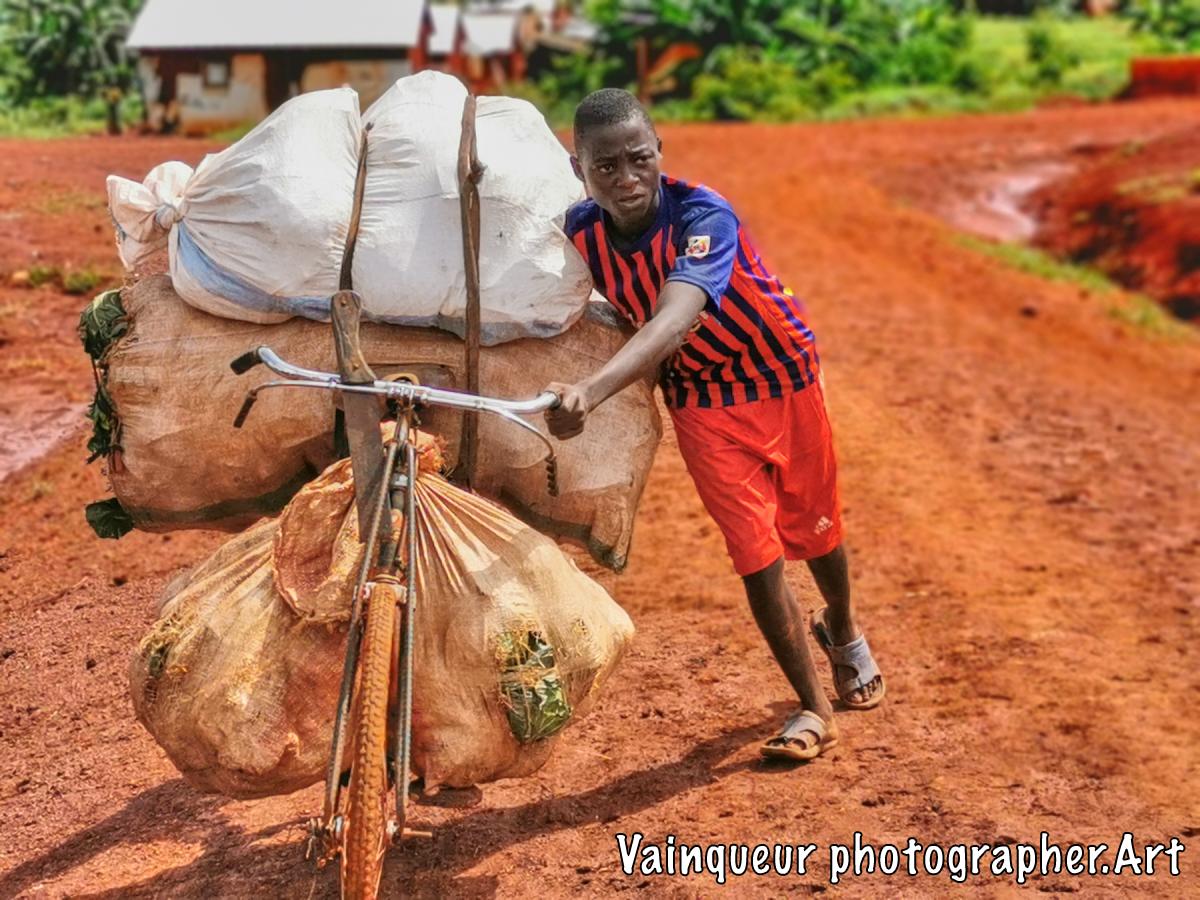 A young boy, in his own sweat, works and earns for food. He was assigned by farmers and traders to transport the loads on his bicycle. I was surprised to see this boy with his brave courage as soon as he was hired there is no longer lacking the money to buy the evening bread.

Several young people of his age remain in the streets to do nothing, they are sitting to debate or discuss people's subjects instead of working.

Some categories of young people in Nyarugusu are lazily waiting for everything to be done for them and another, the braves, who works hard and intelligently to cover their needs.

As usual in reporting I help and motivate people, I agreed to help him push his bike to the destination.